WARNING AGAINST USING DOXO BILL PAY: The City of Hillsboro highly discourages using DOXO bill pay service to pay your utility bill. They are not affiliated with the City's bill pay portal whatsoever; infact, they linked their site to our website and tried to mimic our website--several errors exist but to the customer unfamiliar with our website, it will look legit. There are issues with the fees doxo charges to the customer and many payments are not received timely resulting in late fees or turn-offs. The City of Hillsboro recommends using the payment portal on our website at www.hillsboromo.org or paying from your personal bank's bill pay site. As always, we continue to accept cash, personal check, money order or cashier's check at the office window. We do not take debit/credit at the office window at this time. 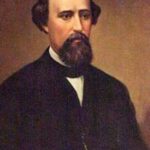 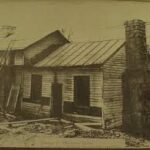 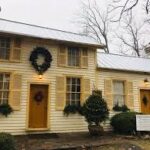 Thomas C. Fletcher, born 1827 in Herculaneum, was Missouri's first native-born Governor. He began working in the Jefferson County Circuit Clerk’s Office at the age of 17 (1844) and in 1846 was appointed Deputy Circuit Clerk. Then in 1849, he was elected Circuit Clerk of Jefferson County. In 1851, Mr. Fletcher married Mary Clara Honey and built a two-room cabin, now the Historic Gov. Fletcher Home, for her. Although originally a Democrat, Mr. Fletcher was instrumental in forming the state's Republican Party and served as a delegate to the 1860 and 1868 Republican National Conventions. Mr. Fletcher was a personal friend of President Abraham Lincoln and President Ulysses Grant. It is believed that both Ulysses Grant and General Sherman both visited the Fletchers at this home during the Civil War. It is also assumed that Mr. Lincoln visited the Fletchers at this location when campaigning for the office of President.

Abraham Lincoln personally appointed Thomas Fletcher Colonel of the 31st Missouri Volunteer Regiment in 1862. During the Civil War, Mr. Fletcher was captured during the Battle of Chickasaw Bayou and was imprisoned at the Libby Civil War Prison until his release was gained through exchange in 1863. He also was at the fall of Vicksburg in Mississippi, fought in the battle of Chattanooga, Tennessee and was with General Sherman during the burning of Atlanta. In 1864, he was appointed Colonel of the 47th and 50th Missouri Volunteer Infantries and then on September 26, 1864 helped command the forces at the battle of Pilot Knob in Missouri which earned him the rank of Brigadier General. In November of 1864 he was elected Governor of Missouri and moved to Missouri’s capitol, Jefferson City.

The home was built in 1851 by Mr. Fletcher for his new bride. It originally started as a two-room log cabin, with a living area on the first floor and a single bedroom upstairs. In about 1835, Mr. Fletcher built a second cabin behind the first which was separated by an open area. After moving from Hillsboro, Mr. Fletcher sold the home to his brother-in-law, E.T. Honey. The home received framed additions while staying in the Honey Family until 1920 when it was sold to Ware Evans. The home eventually ended up sitting vacant for some years and the lack of preservation allowed nature to take it on a path of deterioration. Finally, in 1972, the Jefferson Heritage and Landmarks Corporation bought the property and worked diligently to preserve it. They reached an agreement in December of 1973 with the Jefferson County Parks and Recreation Commission to restore the property and achieved getting it placed on the National Register of Historic Places in 1974. Since being renovated this historic home is now operated as a house museum by the Fletcher House Foundation while sitting upon land owned by the Jefferson County Parks Department.

Many times odd and unexplainable occurrences also come with such a very historic building. This is indeed the case with the Fletcher Home, as there have been such reports over time which includes people smelling bread baking in the kitchen, hearing notes play on the piano when no one is near it and just that eerie feeling of “being watched” by someone or something that could not be seen. There have also been reports of unexplainable extreme temperature drops in the front entry room. Even various law enforcement and political officials have reported such over time. Recently, paranormal researchers have observed and documented moving areas of electromagnetic fluctuations, unexplainable temperature drops and even experiences of being brushed by something unseen and while inside this historic home.

Several Events are held throughout the year to support the Fletcher House:

Festival of the Trees 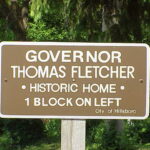 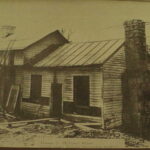 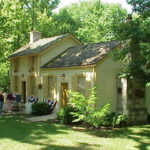 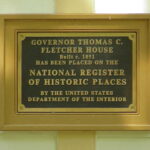 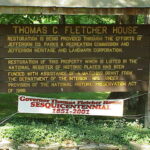 Donations to the Fletcher House Foundation would be appreciated.
Send donations to:

The Governor Thomas Fletcher Home celebrated its 150th birthday in 2001. 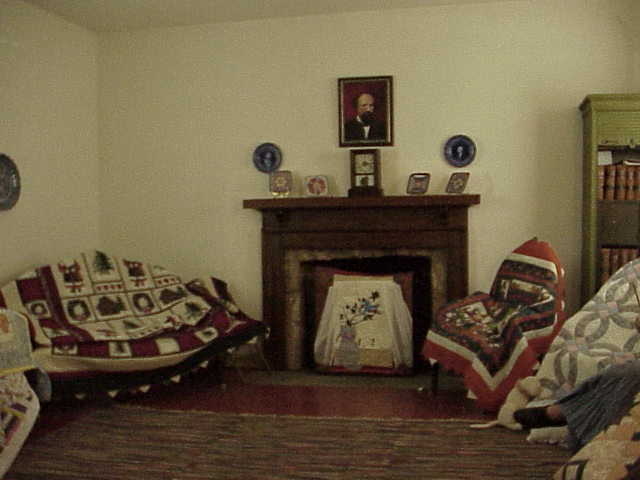 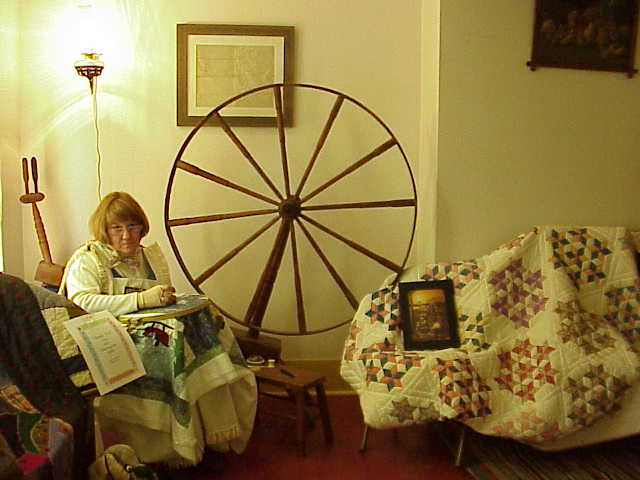 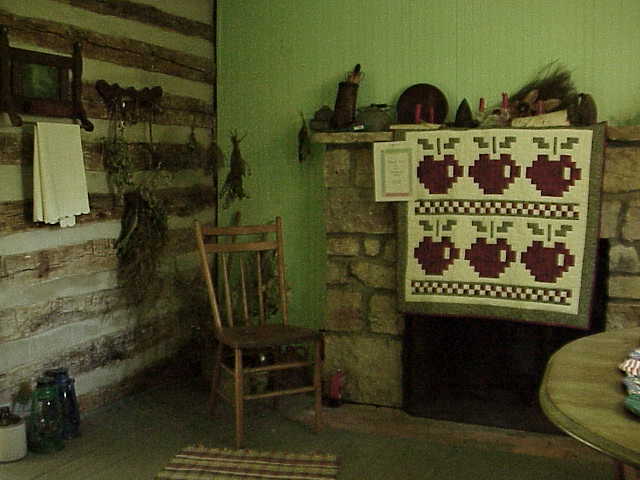 Photos depict some of the quilts that are displayed and sold at special fund-raising events.

The home is maintained by private donations.

Christmas at the Fletcher House 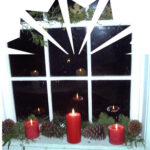 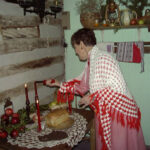 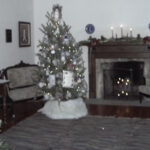