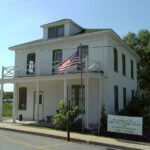 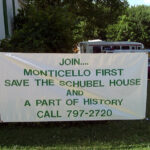 The City of Hillsboro, Missouri, has a long history. It was founded in 1839, is the County Seat of Government and is proud to have been the home of Missouri's first governor.

The above house was also of historic significance to the Hillsboro and Jefferson County. It was built in the 1800s and housed a cobbler.

The house was located at the Corner of Maple and First Street.

Jefferson County government demolished this building to build a Justice Center in 2009.

William James Andrew Schubel, the eldest son of Louis H. Schubel and Cecelia R. (Ogle) Schubel, was born on a farm two miles east of Cedar Hill, Jefferson County, Missouri, on February 28, 1875. He spent his early manhood on the farm and clerking in country stores.

He married Mary Kansas Lee, Septemer 20, 1899. To this union were born four boys and one girl.

Schubel secured a position in the Jefferson County Collector's office in April 1907. He served until August 15, 1909, when he was appointed clerk of the Circuit Court to fill a vacancy. William Schubel was elected to two full terms and retired on the first Monday in January 1919.

On March 1, 1919, he took over the Abstract business and with C. T. Jarvis formed the Jefferson County Abstract Company.

In June 1920 Schubel united with the Hillsboro Baptist Church upon a profession of faith in Jesus Christ and was baptized the same day by Rev. George Steele, in the waters of Big River, just below the Mill Dam at Cedar Hill. The same place his younger sisters had been baptized before him.

William Schubel served in several capacities of his church association. He served as Clerk from August 1920 to 1925. He was then elected Moderator for one term, 2 years. Schubel was again elected Clerk several years later and served in that capacity for twenty or more years.

In October 1922 W. J. A. Schubel was elected as a member of the board of trustees of Will Mayfield College at Marble Hill, and served until the closing of that institution. He also served for a number of years on the Board of the Missouri Home for Aged Baptists, Ironton.

When the Southeast Missouri Baptist Foundation was established at Cape Girardeau, Missouri, as a department of the Teacher's College at that place, he was selected as a member of the first Board of Trustees.

W. J. A. Schubel gave much of his time and contributed freely and joyfully to all phases of the Lord's work and particularly to the cases he was called to serve.

In Missouri I am told is a home that's very old
But it still has a tale of love to tell
Some people in that town never want it torn down
Hillsboro, MO is a place where pioneers dwelled.

This old home on Maple Street, with a style that's hard to meet
It's stately walls reaching toward the sky
Was once home to a cobbler, and many others I am sure

Yes, this was history in its wake
Now that she's ld do not forsake
But, place her in the archives as a jewel
The Schubel home . . . a monument we must make. 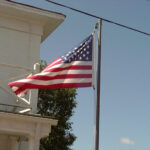